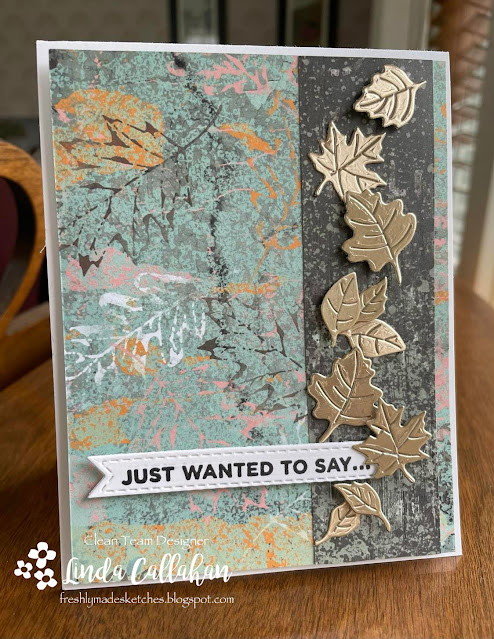 After four days of 90 degree heat in upstate New York I was ready to play with fall leaves today!  I know all of my friends in Texas are rolling their eyes saying "only four days?" Our mini heat wave is over and I am glad.  Although Miss Pepper and I did enjoy a matinee every afternoon in the den - our only room with AC.  It was a great break from the heat and that awful humidity.
My two favorite movies were The Rescue on Disney Plus and Thirteen Hours on Amazon.  Both were about the rescue of the soccer team from a cave in Thailand.  Even though I knew the boys were rescued those films are harrowing to watch.  One is a documentary featuring the actual people involved and the other is a Ron Howard film of the rescue - both very well done!
So now you know how I beat the heat......ice cream may have been involved as well.... 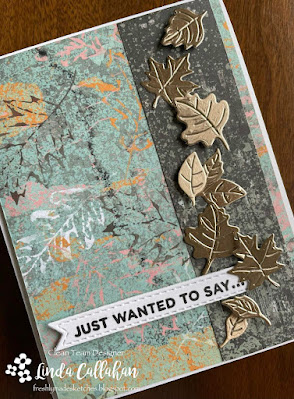 Jacquie's sketch is wide open this week!  Have fun with it at Freshly Made Sketches 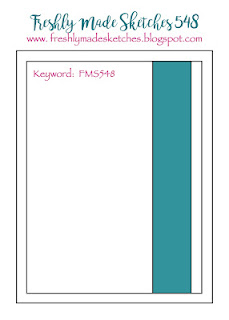 Yes, we are still in the throes of that heat wave....and I am trying to stay away from the ice cream, but A/C definitely comes into play! I did see that 13 Hours advertised and wasn't sure I wanted to see it, but maybe now we will watch it! ANYWAY, your card is lovely! I love the vintage feel of the papers and leaves...I can just imagine fall, even though it is a few weeks away! Stay cooL!

It's been hot in NJ too! Glad that you had one room with AC and some ice cream to save you. :) Beautiful card! Love the designer paper and the little leaf die cuts are awesome!!

Hang on, girlfriend - relief is on the way! We have 60s at night and low 80s during the day! I'll direct that your way if I can!
Your card has caused a lightbulb to go off in my brain - just LOVE the foil on that dsp! All the trees are envious of your beautiful gold leaves!
=]

I'm hiding inside most of the day right now and don't mind the heat, but humidity does me in. And I watched Thirteen Lives last night and said to my husband I could only watch because I know the outcome. What a story! We will definitely check out the documentary.

Your card is just stunning with the layers of color and leaves - gorgeous!

Oh this card is just gorgeous Linda! I love those gold leaves and the beautiful paper! So fall'ish!!! I will definitely check out those movies!! I watched Death on the Nile today and it was pretty good! Gotta love an Agatha Christie!!

I went to a theater to avoid the heat. Where the Crawdads Sing was really well done! As is your gorgeous card! I love the pretty papers and the gold is so elegant!

This is gorgeous and one of my favorites from the DT this week. Love the patterned paper and the gold leaves.

I'd welcome a bit of heat right about now! This card has such a lovely autumn tone to it - so gorgeous!